The events are supported by Team Internet, a grassroots network of nearly half a million volunteer activists spearheaded by Demand Progress, Fight for the Future, and Free Press Action Fund, three of the groups behind the massive July 12 net neutrality day of action that drove millions of comments, emails, and phone calls to the FCC and Congress.

More information can be found in the press advisory below, from Nov. 30, 2017, and at VerizonProtests.com. Visit this map, to find protests and event details. 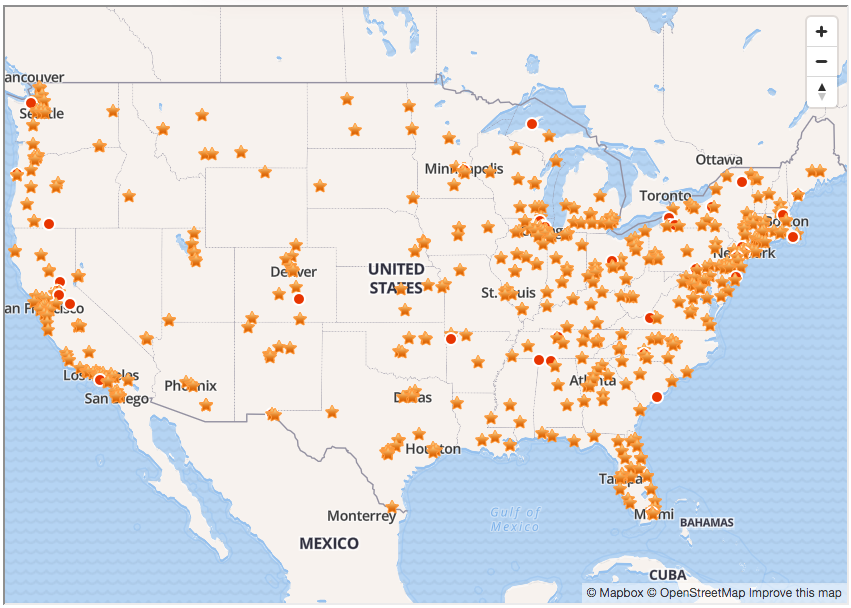 In Congress, at the FCC and in Front of Verizon Stores: People Across the Country Are Taking Action Against Ajit Pai’s Plan to Kill Net Neutrality

In just one week, politicians, celebrities, NASCAR fans, and everyday internet users on the left and the right have joined BattlefortheNet.com’s protest against the FCC’s unpopular proposal

WASHINGTON, DC — In one week, more than 600,000 people have used BattlefortheNet.com’s call tool to urge lawmakers in Washington to condemn the Federal Communications Commission’s plan to destroy Net Neutrality.

Millions of people have risen up in support of the open internet since FCC Chairman Ajit Pai scheduled a December vote on his plan to repeal the 2015 rules that prevent broadband companies from blocking access to websites, purposefully slowing down internet speeds or otherwise interfering with online traffic.

In addition to making calls to Congress, Net Neutrality supporters have signed up to participate in Dec. 7 protests at more than 600 Verizon store locations in all 50 states in cities including Atlanta, Boston, Denver, Des Moines, Miami, New York City, Salt Lake City, San Francisco and Wichita. Battle for the Net partners Demand Progress, Fight for the Future and Free Press Action Fund are using the site verizonprotests.com to organize the protests.

The activism will highlight Chairman Pai’s close ties to Verizon, where he once worked as a lawyer. The telecommunications giant has spent millions of dollars on lobbyists, campaign contributions and think tanks to spread misinformation against Net Neutrality.

“By protesting at Verizon stores, we’re shining light on the corruption and urging local communities to do something about it,” said Fight for the Future Campaign Director Evan Greer. “Only Congress has the power to stop Verizon’s puppet FCC, so at the protests we’ll be calling and tweeting at legislators, and in some locations we’ll march from Verizon stores to lawmakers’ offices.”

Dozens of lawmakers have spoken out against Pai’s plan since the drumbeat of phone calls to Capitol Hill began last week. On Saturday, Sen. Susan Collins of Maine became the first GOP senator to publicly oppose Pai’s proposal, joining scores of Democratic leaders who are calling on Pai to abandon his proposal.

“The public outcry over the last week has been deafening, and it’s changing many minds in Washington,” said Free Press Action Fund Field Director Mary Alice Crim. “Phones are ringing off the hook on Capitol Hill as people urge Congress to put the public need for an open internet before the demands of AT&T, Comcast and Verizon. Despite the passion and commitment of internet users of every stripe, the three men who make up the FCC’s Republican majority remain determined to ignore the facts about Net Neutrality so they can hand control of the internet to their pals at giant phone and cable companies. One thing is certain: The energy we’re seeing online and on the phones is already spilling into the streets and that will continue beyond the Dec. 14 vote.”

On Monday, hundreds of internet businesses and online entrepreneurs including Etsy, reddit, Tumblr and Twitter sent a letter to Chairman Pai stating that his proposal poses a dangerous threat to online innovation. A pro-Net Neutrality post in reddit’s NASCAR community was the most upvoted comment among racing fans in the online platform.

“As this past week has shown, people reject the ongoing love affair between hated internet service providers and D.C. policymakers,” said Demand Progress Director of Communications Mark Stanley. “Democrats and Republicans alike are willing to take action against any threat to Net Neutrality rules that protect our online rights. People across the country are refusing to give up without a fight ahead of the FCC vote on Dec. 14, and they will continue to mobilize as long as it takes until the open-internet rules are protected.”

BattlefortheNet.com is a collaborative effort of Demand Progress, Fight for the Future and Free Press Action Fund. These organizations also run a massive grassroots organizing initiative called Team Internet, which involves nearly half a million people who are willing to take their Net Neutrality activism from the internet to the streets. The coalition was instrumental in organizing millions of people across the United States in support of the FCC’s 2015 decision to ground Net Neutrality protections in Title II of the Communications Act.

On July 12 of this year, Battle for the Net organized a Net Neutrality day of action during which thousands of websites and millions of activists called on the FCC and Congress to support the 2015 Net Neutrality rules.