Demand Progress and our more than two million members seek to protect the democratic character of the internet — and wield it to make government accountable and contest concentrated corporate power.

We work to win progressive policy changes for ordinary people through organizing and grassroots lobbying. We focus on issues of civil liberties, civil rights, and government reform.

We run online campaigns to rally people to take action on the news that affects them — by contacting Congress and other leaders, funding pressure tactics, and spreading the word in their own communities.

We work in Washington to provide an advocate for the public in all the decisions that affect our lives.

Our deep grassroots membership and expertise allow us to quickly and effectively bring the voice of the people to Washington to influence national policy debates.

By organizing grassroots campaigns driven by smart policy insight and strategy, Demand Progress works to achieve the most change and best outcomes possible for ordinary people.

We bring together large and diverse coalitions that transcend political lines and embrace shared values around civil liberties, civil rights, and government reform.

Internet freedom
From free expression and privacy to the ability to connect and organize, internet freedom is where some of the most consequential civil liberties developments of the day are unfolding.

Open government
An open and accountable government is essential for a well-functioning democracy, and smart use of technology is key to making our modern democracy work.

Money-in-politics and financial reform
Through Rootstrikers.org, we work to eliminate the corrupting influence of big money in politics and reform the financial system in order to ensure our democracy is for everyone, not a tool for wealthy interests to rig the game.

Demand Progress was born in late 2010 with an online petition and alliance-building campaign that eventually helped defeat the infamous internet censorship bill known as the Stop Online Piracy Act, or SOPA.

Demand Progress has also been a leader in the campaign for net neutrality. Over the course of a year, Demand Progress members took more than four million actions in support of net neutrality, and Demand Progress helped organize the Internet Slowdown Day in the fall of 2014, which drove over 700,000 comments to the FCC and nearly 300,000 calls, and two million emails to Congress in a single day.

The following are the organizations or entities that have donated $50,000 or more in 2017 to Demand Progress, a 501(c)(4) project of the Sixteen Thirty Fund. Total contributions for Demand Progress were $1,395,000.

You can learn about our sister 501(c)3 organization, Demand Progress Education Fund, here. 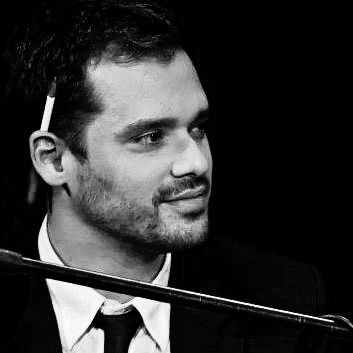 David Segal is a former Democratic Rhode Island State Representative, and served on the Providence City Council as a member of the Green Party. During his eight years as an elected official he oversaw the passage of legislation promoting economic justice, renewable energy and open space, banking reform, affordable housing, LGBT rights, criminal justice reform, and a variety of other progressive causes. He recently ran in the Democratic primary for Rhode Island’s first Congressional seat, supported by much of the netroots and organized labor. His opinion pieces have appeared in the New York Times, Boston Globe, and other newspapers, and in a variety of online publications. He has a degree in mathematics from Columbia University. 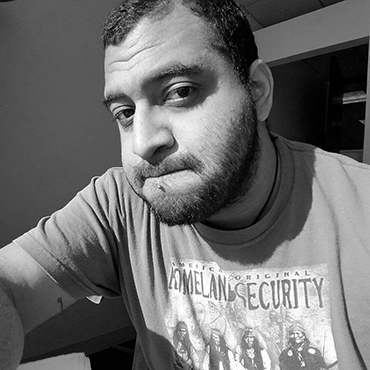 Tihi is a queer writer, activist, and storyteller. Before coming to Demand Progress and Demand Progress Education Fund, he worked as an online campaigner for the Working Families Party, a progressive third party in the United States, where he combined his storytelling skills and political activism. Tihi has won campaigns against Netflix, UPS, Rhode Island Lifespan Hospital, and led a coalition to remove David Koch from the Board of the Smithsonian and PBS. His non-fiction work first appeared in The Splinter Generation in 2007 and most recently in The Mary Sue blog in 2015. His fiction work has appeared in the Surreal South Anthology in 2011, transLit magazine, and the Oregon Literary Review. Based out of Brooklyn, Tihi produced Rustik Storytellers, a monthly oral storytelling live show in 2013. In 2016 he produced PRACTICE, a safe space live storytelling show designed to encourage new-comers to try their hand at the oral storytelling tradition. Tihi has a MFA in Creative Writing from Fairfield University. 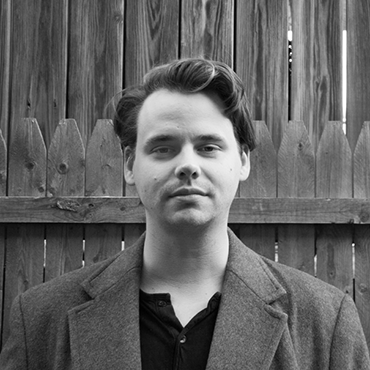 Sean has served as legislative counsel for CREDO Action and Fight for the Future, federal policy manager at the Sunlight Foundation, and as a Google Policy Fellow at Georgetown Law's Institute for Public Representation. In addition to serving as policy counsel for Demand Progress and Demand Progress Education Fund, he also serves as director of the Fourth Amendment Advisory Committee. His analysis and commentary on privacy and technology have been published by Ars Technica, The Chicago Tribune, The Christian Science Monitor, The Washington Post, and elsewhere. The legislative fights he has been a part of include: defending federal funding for Planned Parenthood; supporting net neutrality; passing reforms to the Freedom of Information Act, among numerous other government transparency efforts; and ending mass surveillance. 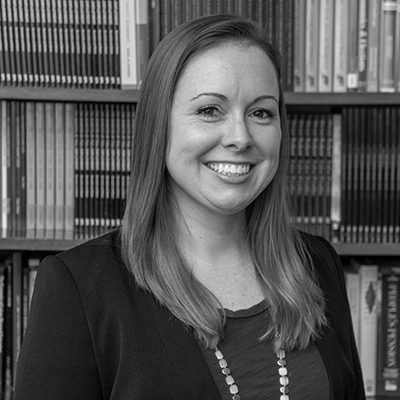 Becca is the Director of the Progressive Talent Pipeline, a program to recruit and train talented progressives from diverse backgrounds to serve as staffers on government. Previously, Becca worked with the international team at the Center for Economic and Policy Research, focusing primarily on Latin America and foreign policy. Becca holds a Master of Arts in Latin American Studies from the National Autonomous University of Mexico (UNAM) and a Bachelor of Arts in International Studies and Spanish from Elon University. 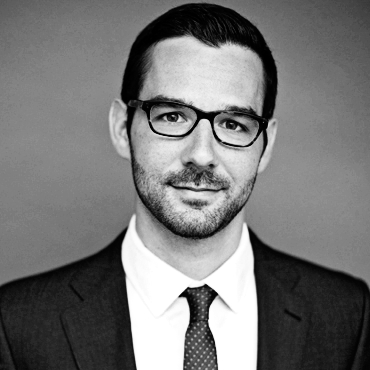 Director of Communications and Operations

Prior to joining Demand Progress and Demand Progress Education Fund, Mark worked on the Public Affairs team at Edelman New York and worked in the Washington office of the Center for Democracy & Technology (CDT) as campaign and communications strategist. At CDT, Mark’s work focused on creating campaigns and coalitions to fight for civil liberties in the digital age. Mark was a leader in a campaign to reform the Electronic Communications Privacy Act (ECPA), which received large-scale, bipartisan support in Congress. He also led efforts to add privacy protections to cybersecurity legislation, and he was involved in the historic efforts to defeat the Stop Online Piracy Act and reform NSA surveillance practices. Prior to that, Mark worked at the Pulitzer Center, an international journalism organization. 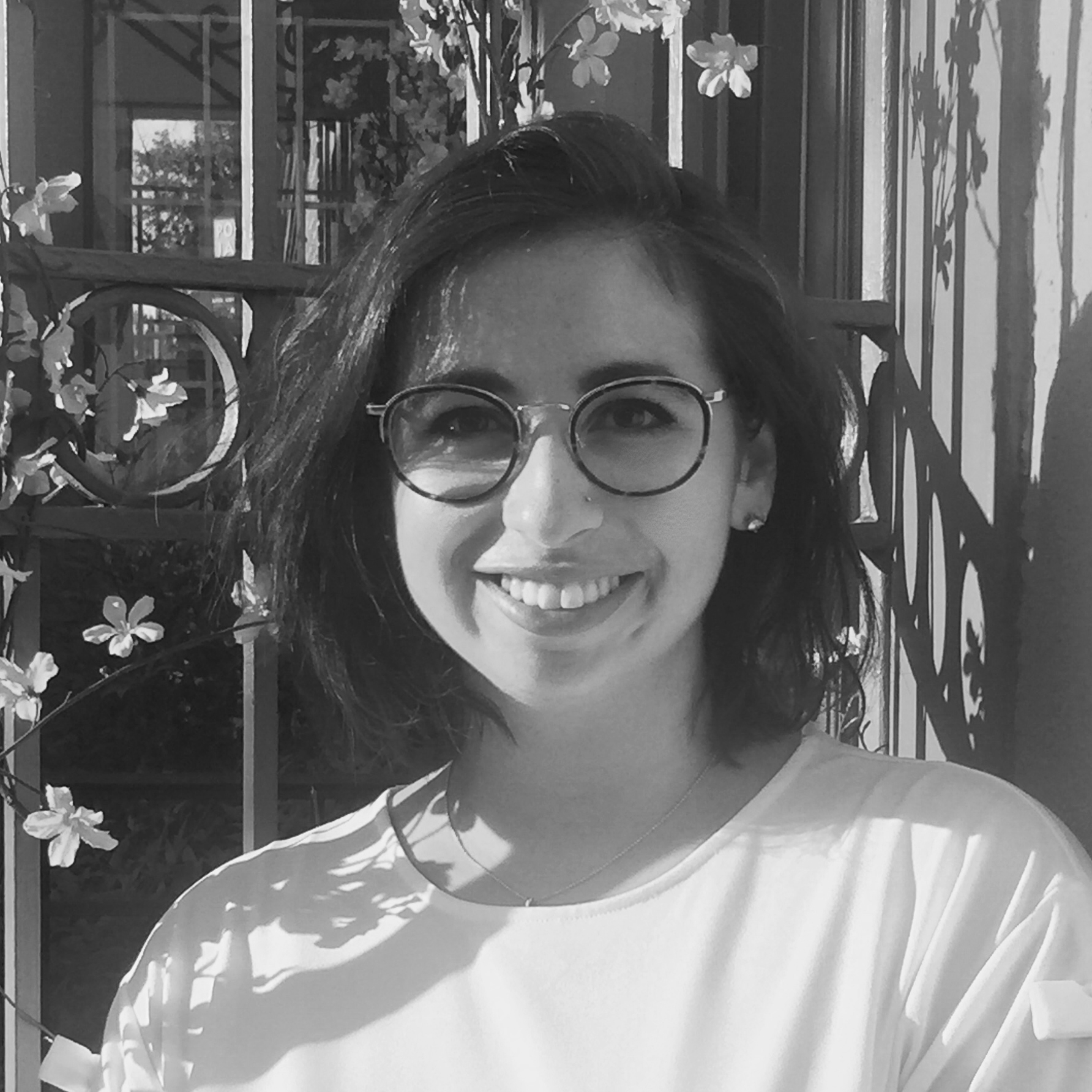 Amelia is a policy associate for Demand Progress, focusing on government accountability and transparency initiatives. Before joining Demand Progress, Amelia was a research associate for the Project on Government Oversight (POGO) where she analyzed private sector influence over federal policy and contracting decisions, in addition to writing for the POGO blog. Prior to POGO, Amelia contributed research and editing for Chloe Thurston's book, At the Boundaries of Homeownership: Credit, Discrimination, and the American State. Amelia earned her BA in political science from Northwestern University. 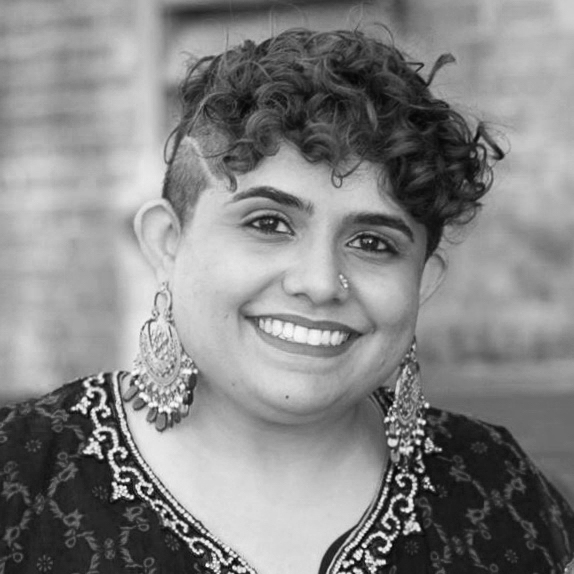 Salma is a Senior Campaigner at Demand Progress and Demand Progress Education Fund focusing on antitrust, banking policy, and other progressive campaigns. Prior to working at Demand Progress they were a Campaigns Director at SumOfUs, a Digital Campaigns Strategist at Rainforest Action Network, the Director of Nation Inside, and a National Co-Director of United Students Against Sweatshops. They have a background in strategic campaigns, corporate accountability campaigns, and digital and grassroots organizing at local, state, national, and global levels. Salma has a degree in Nonwestern/Third World History from the University of North Carolina at Chapel Hill. 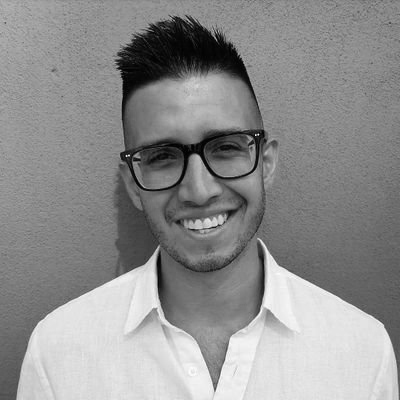 Raúl works with Demand Progress/Demand Progress Education Fund and Americans for Financial Reform Education Fund to develop a regulatory response to the Facebook Libra Project and similar efforts. Previously, he worked at the New Economy Project, where he provided direct legal assistance to low-income New Yorkers, engaged in impact litigation, and gave strategic support to advocates and activists with respect to financial technology and the development of a municipal bank. He also served as Special Counsel to the Enforcement Director at the Consumer Financial Protection Bureau. Raúl is involved in multiple scholastic efforts to promote a progressive vision of law and economics. He is a graduate of Harvard College and Columbia Law School. 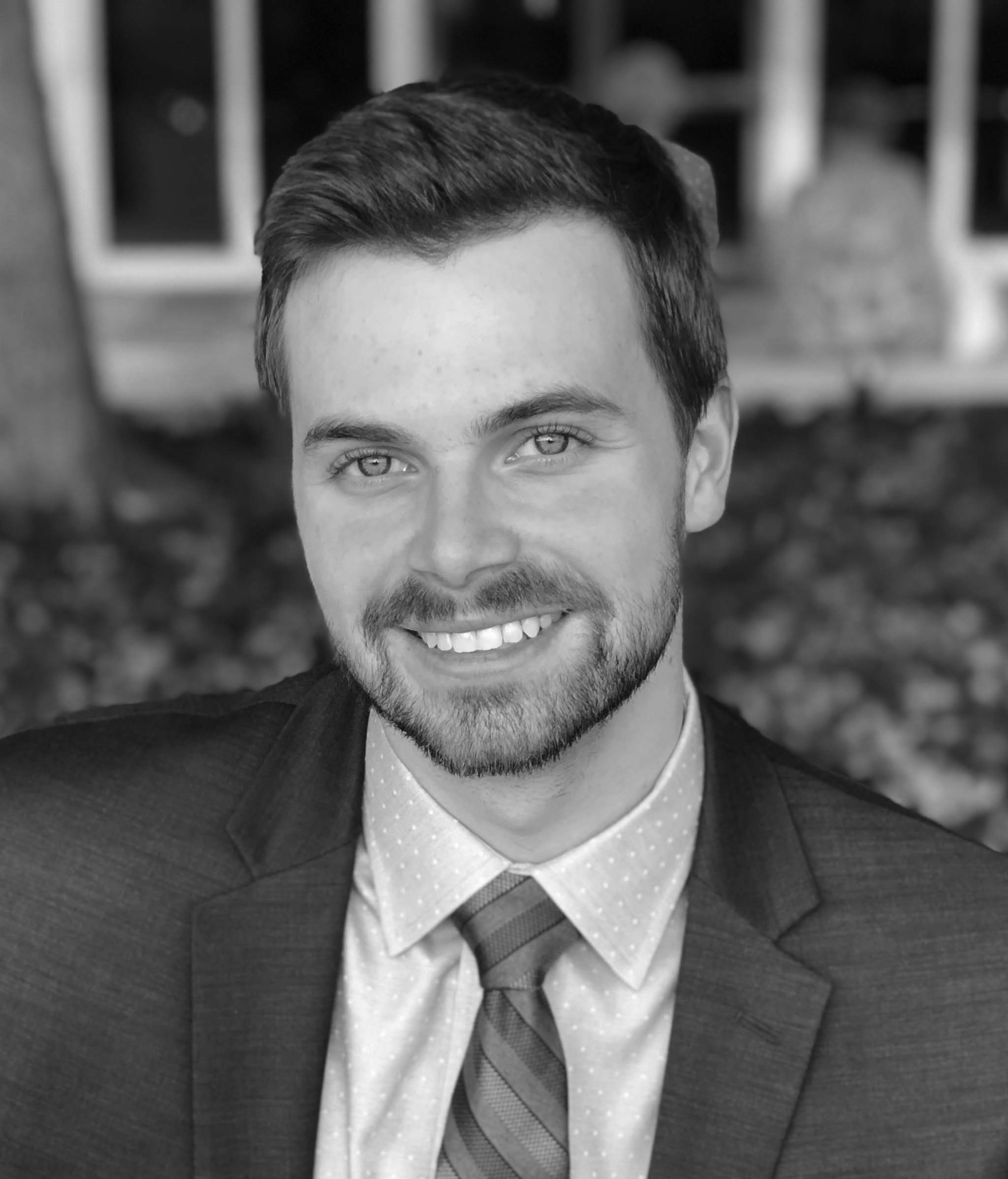 Taylor J. Swift is a Policy Analyst for Demand Progress, focusing on Congressional transparency, efficiency, and staffing. Prior to joining Demand Progress, Taylor worked as a Policy Fellow for the House of Representatives Democratic Caucus where he focused on budget, appropriations, education, labor, environmental, and tax policy. Taylor worked closely with the House Select Committee on the Modernization of Congress to elevate the importance of increasing Congressional staff pay, retention, and diversity. Taylor graduated with his master’s degree from The University of Akron, working as a Teaching Assistant for the Bliss Institute of Applied Politics. While in graduate school, he also worked as a Research Assistant for Policy Matters Ohio, a think tank focused on promoting a more inclusive economy for all, stronger labor rights for workers, and sustainable environmental policy. 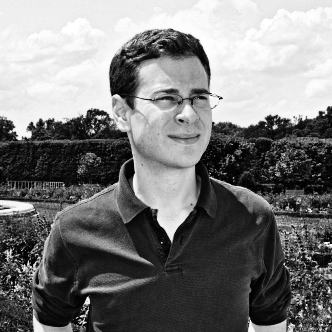 Daniel leads Demand Progress and Demand Progress Education Fund’s efforts on issues that concern governmental transparency/accountability/reform, civil liberties/national security, and promoting an open internet. He co-founded the Congressional Data Coalition, which brings together organizations from across the political spectrum to advocate for a tech-savvy Congress. Daniel directs the Advisory Committee on Transparency, which supports the work of the Congressional Transparency Caucus, and is a fellow at CodeX, the Stanford Center for Legal Informatics. His new website, EveryCRSReport, recently won a ‘le hackie’ award from D.C. Legal Hackers. In 2016 Daniel was named to the FastCase 50 and in 2013 Daniel was named among the 'top 25 most influential people under 40 in gov and tech' by FedScoop. He is a nationally recognized expert on federal transparency, accountability, and capacity and has testified before Congress and appeared on NPR, C-SPAN, and other news outlets. He previously worked as policy director at CREW; policy counsel at the Sunlight Foundation; and as a legislative attorney with the Congressional Research Service. Daniel graduated cum laude from Emory University School of Law. 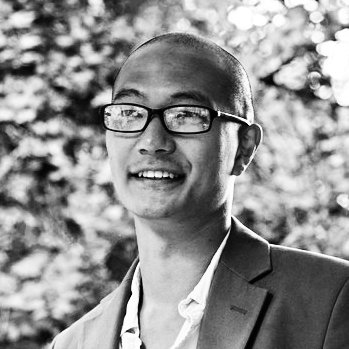 David Moon is a Washington-based policy attorney and political consultant. The former Chief Operating Officer of the election reform group, FairVote, Moon has coordinated numerous advocacy efforts to make our electoral process more fair and accessible. In recent years, he has managed and assisted successful campaigns for progressive Democrats, political action committees and ballot initiatives around the country. His issue portfolio has included work on smart growth and transit issues, criminal justice reform, LGBT rights, women’s rights, civil liberties, and more. He is a graduate of American University’s Washington College of Law and received his bachelors degree from Tufts University. 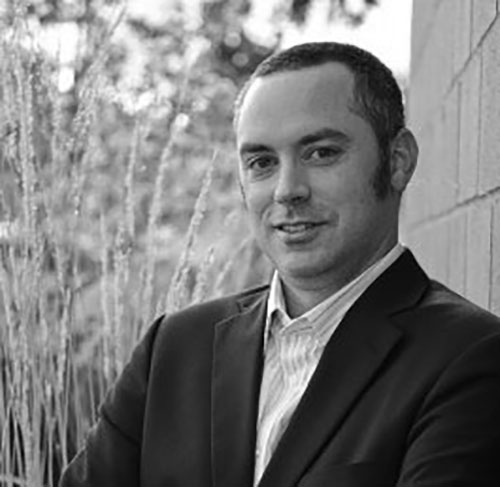 Robert Cruickshank leads Demand Progress and Demand Progress Education Fund's online campaigns. Over the last ten years he has worked at Democracy for America, for the Mayor of Seattle as Senior Communications Advisor, and at California's Courage Campaign as Public Policy Director. In that time he has helped lead successful campaigns at the local, state, and federal levels on issues such as economic justice, climate action and taking on the fossil fuel companies, protecting and expanding LGBT rights, funding for public education and mass transit, and government reforms including expanding voting rights, among others. His opinion pieces have been published in the Guardian, the Los Angeles Times, Salon, and other online publications. He has degrees in History from the University of California at Berkeley and the University of Washington. 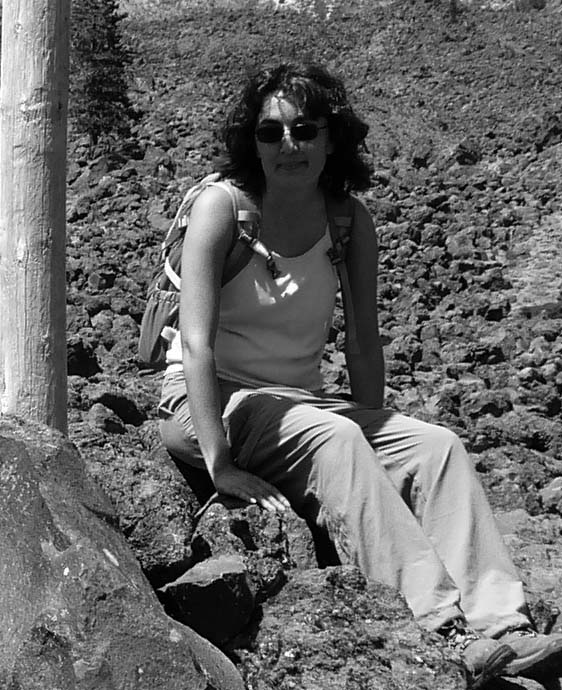 Maggi most recently served as a Congressional Innovation Fellow for Senator Mike Rounds (R-SD) where she focused on technology, defense policy and veterans. Maggi has worked for four elected officials at the local, state and federal level. Her eclectic background includes dropping out of high school, serving as a radar technician in the Air Force (enlisted, one deployment), attorney, electrician and three years in Seattle building tech and startup training programs for the military community.