This ad buy is part of a broader campaign to hold members of Congress across the country accountable for Trump as he betrays his voters by turning our economy over to giant corporations and Wall Street insiders at the expense of America’s working families. Local events are also being planned, and groups have been putting in thousands of calls to Congress opposing Trump’s agenda and Mnuchin’s nomination. 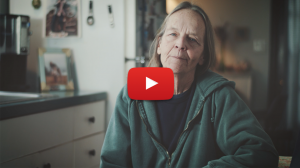 Quotes from organizations behind ad:

Kurt Walters, Campaign Director, Demand Progress Action: “Lisa’s story is a powerful reminder that the tens of thousands of foreclosures Steve Mnuchin and his bank aggressively pursued are not just numbers on a spreadsheet. There are countless families who painfully remember the damage they suffered at the hands of Steve Mnuchin and OneWest. Mnuchin has shown he has little to no concern for how his decisions affect Americans in the real world. He is not fit to have so much power over our economy, and Americans nationwide, who are outraged at big banks profiting at the expense of ordinary people, will remember how their senators vote on Steve Mnuchin.”

Stephanie Taylor, co-founder of Progressive Change Campaign Committee: “Steven Mnuchin, the ‘Foreclosure King,’ made millions by taking people’s homes with no regard for anything but his own bottom line. Mnuchin is the poster child for how Trump is betraying America’s working families, including his own voters, by turning over our economy to Goldman Sachs bankers and giant corporations. Mnuchin represents corruption and he should not be running our economy, period.”

Karl Frisch, Executive Director of Allied Progress Action: “Lisa Fraser should be applauded for sharing her heartbreaking story. Unfortunately, she’s not alone. Tens-of-thousands of Americans just like her were wrongly foreclosed on by Steven Mnuchin’s bank. They lost their family homes while he lined his pockets with cash and bought expensive houses from Bel Air to the Hamptons. Mnuchin’s foreclosure mill of a bank has been accused of fraud and deception too often to count. A leaked state attorney general’s office memo accused his bank of ‘widespread misconduct’ while a judge said the bank committed ‘shocking and repulsive’ acts and its conduct was ‘unconscionable.’ This is not a man we should let anywhere near the economic policy of our nation.”

LISA FRASER to Camera: We lived in our house 25 years.

John got sick with cancer.Then, the bank foreclosed on us.

We did everything the bank asked. They lied to us and took our home anyway.

And then they kicked me out right after the funeral.

Steve Mnuchin ran the bank that committed fraud and took our home.

And now Donald Trump nominated him to run our economy as Treasury Secretary.

We can’t let that happen.