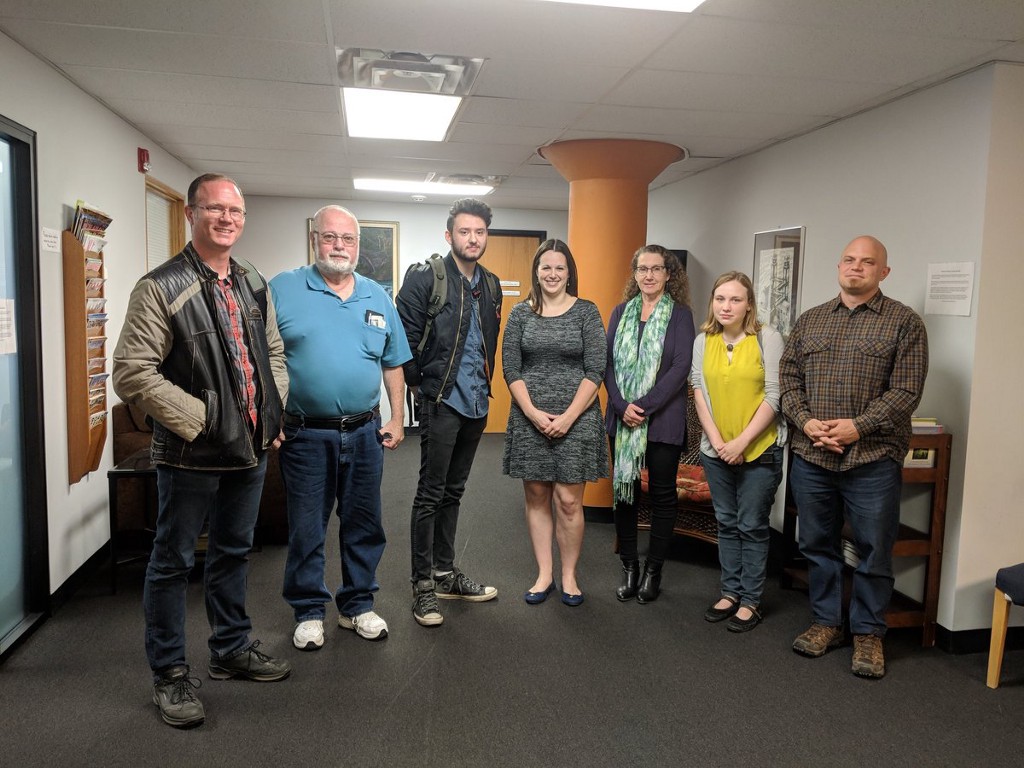 On Sep. 25th, a group of small business owners and activists met with Congressman Tom Reed’s office to ask him to sign the Congressional Review Act (CRA) discharge petition to overturn the FCC’s disastrous repeal of the decades-old policy of net neutrality.

I work at a community center in Elmira. On some days we serve over a hundred children — completely for free. We rely on the internet for everything: to provide educational activities to the children, to get critical information to parents and to raise funds. Our website provides invaluable information to parents and raises vitally needed funds. We also have a computer lab in which we allow children supervised time to do fun and educational online activities. We simply cannot afford to pay the extra tolls that the cable oligopoly will charge to keep us out of the internet’s “slow lane.”

In addition to working with with the kids, I also do video production. That involves moving large amounts of data around the internet. It is imperative that I have a fast and reliable internet connection for my work, and without Net Neutrality, that is not guaranteed.

In the meeting, Reed’s staff said the right things but demurred on signing the CRA, saying that “completely new legislation” is required. Unfortunately, by the time the CRA lapses and legislation gets through Congress, the giant cable companies’ control of the internet will be cemented. The only way to restore truly fair and free internet is the pass the CRA first and to work on legislation afterwards.

The Senate has already passed the CRA resolution. Rep. Reed must join his colleagues and help the House do the same.

Whatever he decides, I know that I will remember it on election day.

New Yorkers Need Action NOW To Restore a Free Internet was originally published in Demand Progress on Medium, where people are continuing the conversation by highlighting and responding to this story.