Activists gather outside Sen. Kennedy’s Louisiana offices, call on him ‘to be a hero’ and support CRA resolution to restore net neutrality

Today activists gathered outside Kennedy’s offices, and delivered petitions urging him to support the resolution to restore net neutrality

Today in Louisiana, Team Internet activists gathered outside Sen. John Kennedy’s (R-LA) offices in New Orleans, Baton Rouge, Lafayette and Shreveport, with signs and chants urging the senator ‘to be a hero’ and support the massively popular CRA resolution to restore net neutrality protections. They also delivered petitions from over 6,000 Louisianans asking Kennedy to support the resolution.

Since the FCC’s vote repealing net neutrality protections, the CRA resolution, which would reverse the FCC’s decision, has gained the support of fifty senators and is guaranteed a floor vote. Now, it needs the support of only one more senator to pass in the senate, and Kennedy has strongly indicated he is considering becoming the 51st vote, telling reporters, “I’m honestly undecided. Right now, to me, it’s a very, very close call.”

The following statement can be attributed to Demand Progress communications director Mark Stanley:

“Louisianans know how vital net neutrality is to their ability to innovate, communicate and access the content they want, without monopolistic internet providers standing in their way. People from Louisiana know that Sen. Kennedy is a swing vote on the CRA resolution, and they expect him to do the right thing by supporting the measure to restore net neutrality. Sen. Kennedy has a clear choice: Stand with Big Telecom, or safeguard the free expression rights of his constituents by supporting the bipartisan CRA resolution.

“Louisianans are watching intently, hoping Sen. Kennedy will make the right choice and be a hero for a fair and open internet. ”

Net neutrality is particularly important for people in rural areas who have few or no choices for internet access. They can’t ‘vote with their feet’ and switch providers if one violates net neutrality. In Louisiana, data shows that nearly 20 percent of households do not have an internet provider or have only one.

Team Internet is coordinated by the national grassroots groups Demand Progress, Fight for the Future, and Free Press Action Fund, and involves nearly half a million people organizing in-person activism events to support net neutrality. On Dec. 7, 2017, Team Internet helped organize over 700 protests in all 50 states outside Verizon stores and Congressional offices opposing the repeal of net neutrality. The three organizations also run BattleForTheNet.com, which drove over one million calls to lawmakers in 2017 opposing net neutrality repeal. 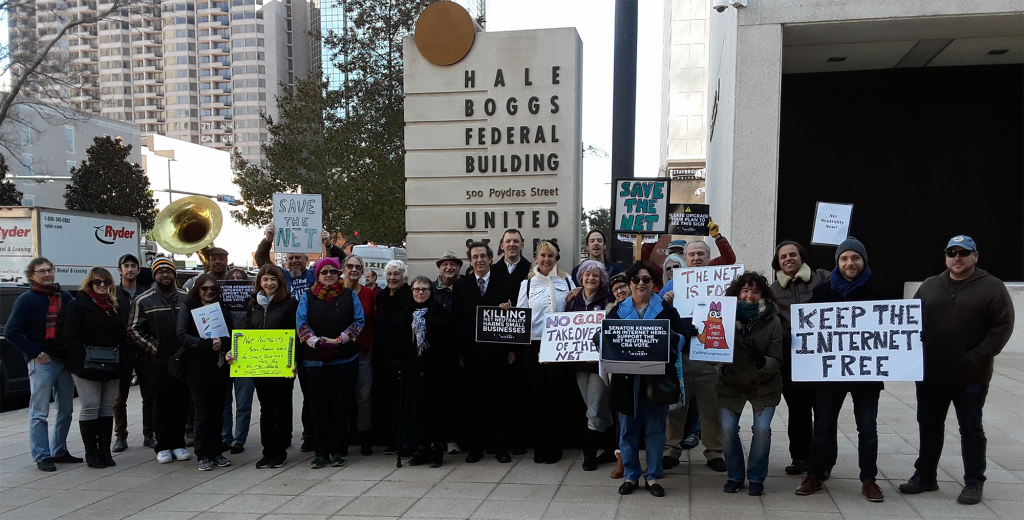 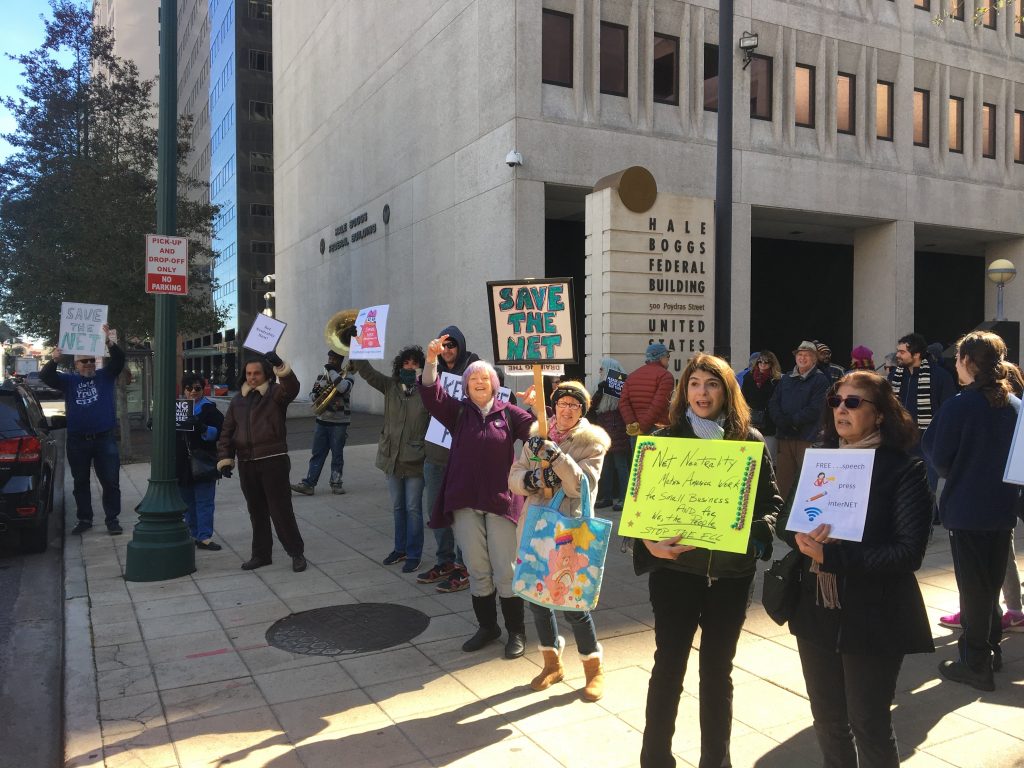 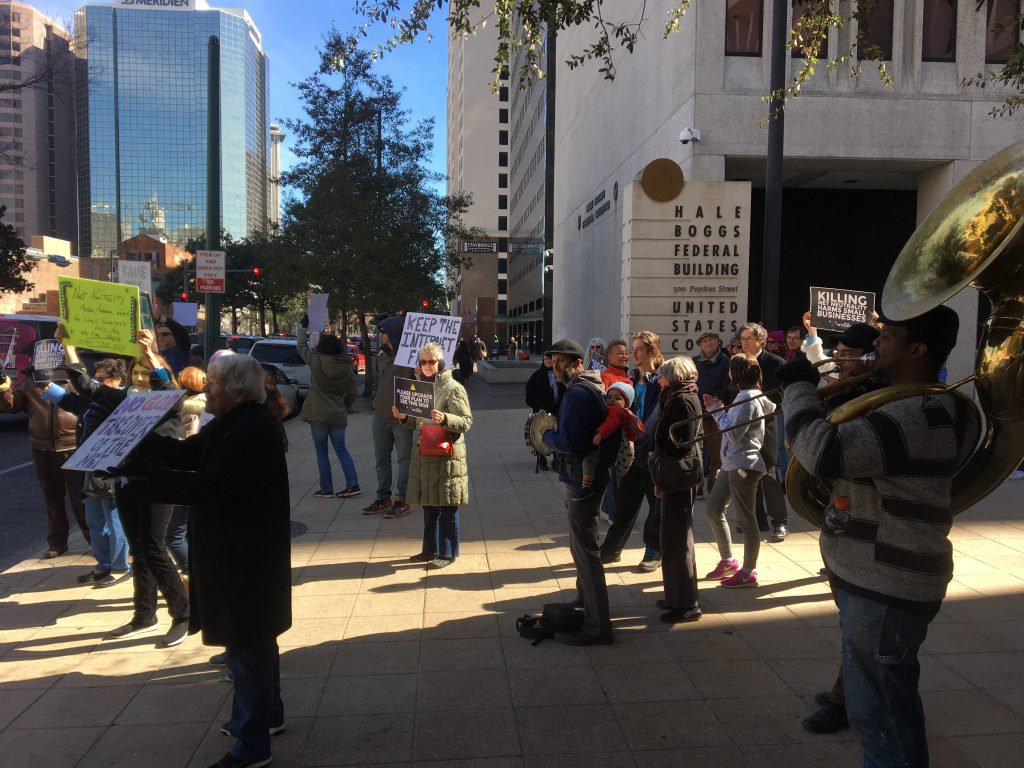 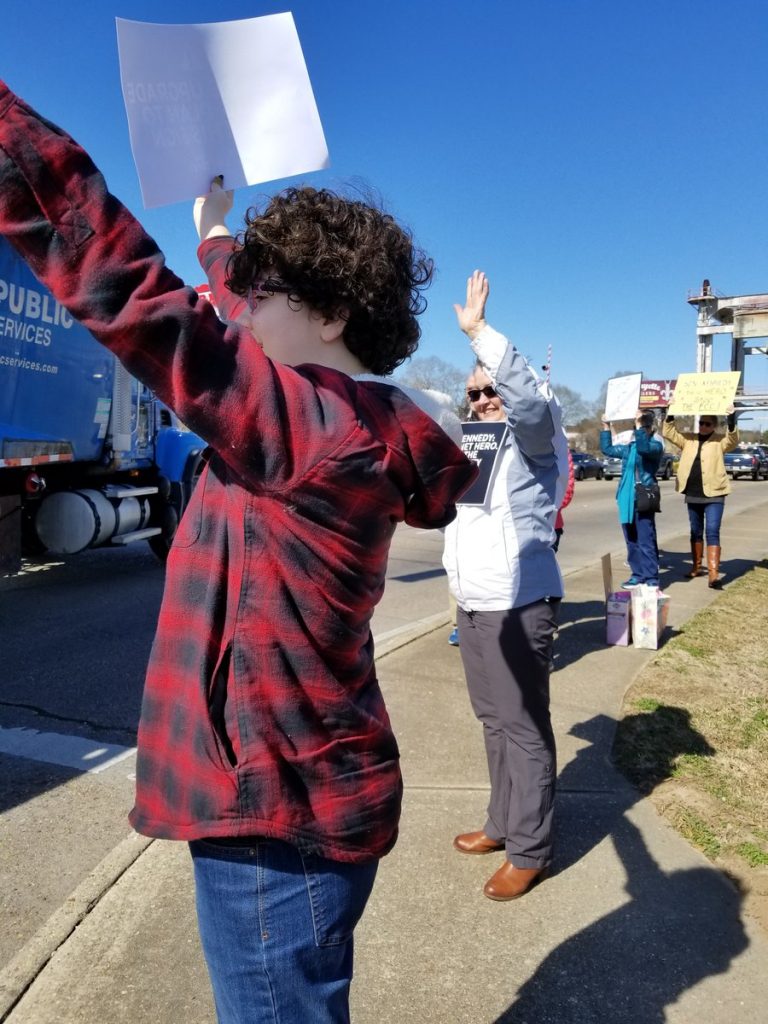